We started this blog as a group of college girls who attended high school in the same town and had been friends for quite a while. Having already been somewhat separated when choosing different colleges to attend, the realization that there would be further distance between us due to study abroad and mission trips in the coming year inspired us to create a place where we could share our experiences with one another and have a good time keeping in contact. Now, several of us have graduated and a few will still be finishing college. We're moving out, growing up, and hopefully not starving. These are our adventures. 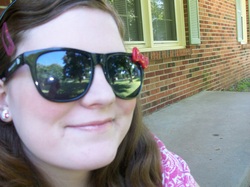 Hi, I'm Shelby, but you can call me Shelbs Magee! I'm the Monday blogger this time around, and I'll be filling you in on my European adventures, seeing as I just moved to AMSTERDAM! I'm living in a youth hostel called Shelter Jordan, which is run by awesome people who love Jesus. I get to minister to the guests and work at the front desk to welcome them and lead Bible studies and play my ukulele and have tons of fun!  I'm also a cleaner supervisor, and I work in the cafe.
Before I moved to Amsterdam, I graduated from Asbury University with a degree in Missions, then spent a year living in Haiti. I love Jesus, and I love you! 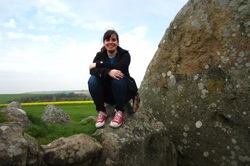 Hello! I'm Jill. As of May 2014 I'm a graduate of Western Kentucky University with a degree in Biology and minor in Anthropology. In April of 2015 I moved with Anna Beth to Ireland for a year. We're basically planning on spending that time learning about the world, about ourselves, how to life and how to not starve in the gutter. I love theatre, mythology, history, science, art....pretty much everything but calculus. I like to learn interesting and slightly obscure facts. I originally blogged on Foot-face Friday but have since switched with Sara and have taken over the Tuesday blogging spot (maybe of a regular basis, we'll see how this pans out). 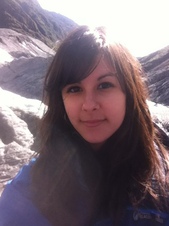 Hey! I'm Rachael, and I graduated from WKU with a major in Fashion Merchandising. Studying abroad in New Zealand for a semester and interning a summer in New York City has only increased my desire to travel. The top countries on my travel bucket list include Italy and France and would love to do as many wine tours as possible!
I like cooking for friends and family, reading fantasy novels, and wearing new outfits.

'Ello! I'm Anna Beth. As of May 2014, I'm a graduate of Western Kentucky University, where I majored in Film and minored in Creative Writing. I studied abroad in England in 2012 and lived in a ginormous, amazing manor house! It was epic. England is basically the best place ever...but there's more about that in my blog.
I'm a Christian, a chocoholic, an anglophile, an aspiring author, and a crazy cat lady. I'm addicted to traveling, and I hope to leave my hometown and move to a big city someday soon. Aren't I just a walking cliché? 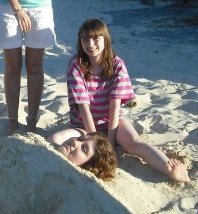 Hi! I'm Sara, and I  graduated from WKU last spring with a degree in Elementary education. Since then, I have become a kindergarten teacher, moved into my own apartment, and basically started doing all the adult things! Teaching kindergarten doesn't lend itself to much free time during the week, so my blogs have moved from Taco/Question Tuesdays to Freedom Fridays (as in the freedom to sleep in and recharge for a couple of days in preparation for a new week of all the crazy shenanigans that go on when you spend your day with five year olds). See you there! 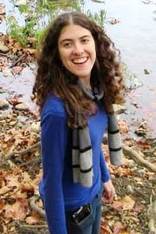 'Allo! I'm Ambe﻿r, a 2013 graduate of Vanderbilt University who majored in Computer Science and Math. I have since moved to Columbus, OH, where I work as a research assistant in a children's hospital doing everything from programming visualization tools to conducting genetic linkage analysis.
Behind the science-y side of me is a girl who loves discovering new music, reading tons of books (especially YA), exploring new places, and spending time with friends- hence, the blog! In my blog posts, I always try to share some new (or old) music that has been stuck in my head for all the right reasons. You'll also hear me ramble about my cooking and baking successes and fails, as well as my hopes and dreams for the future- perhaps a very different life than the one I'm living now. We'll see! 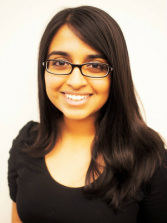 ¡Hola! I'm Sanaa, a graduate of Washington University in St. Louis, where I double-majored in Spanish and Latin American Studies with a minor in Public Health. I currently live in Washington, DC where I work at EMILY's List, a political organization that works to elect pro-choice Democratic women to office. As a research assistant there I get to combine my passions for correct grammar/punctuation, learning, and electing individuals who are passionate to make positive change in the realm of reproductive rights, pay equity, and more.
I love travel, performing (whether it's singing or acting, I'm game!), asking questions, and cooking! Check out my blogs on Lazy Sanaa Sundays--I should have something entertaining to share. 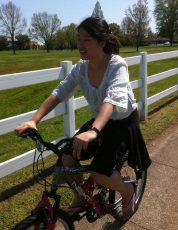 Hi, I'm Amy! I am a Biology Major and maybe a little bit of a super senior. But that's okay, because I'm spending my last year in China! I'll be taking graduate-level biology classes,  improving my Chinese, and doing some sort of internship. I hope it won't be too daunting. At least there will be lots of tea shops, and maybe I could work with pandas. I love pandas, eating clam chowder, and sleeping in random places where my friends (*coughRachaelcough*) will take a picture of me sleeping. I also love watching Ted Talks.
I hope I remember to blog this time... 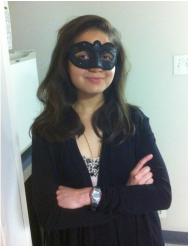 I am called the Mysterious Munchkin...mostly as an excuse to wear this sleek mask that makes me feel alluring! I love the Infernal Devices/Mortal Instruments series, playing video games, and  making comical comments (much to my friends' amusement). I am a biology major as well, but I want to become a medical assistant to an obstetrician. I, like many on the blog, also want to travel the world while having all sorts of fun and adventures!
Powered by